Our website has detected that you are using Internet Explorer (IE) - a browser we no longer support. We recommend switching browsers to avoid issues with features on the site. View supported browsers here.

Grill each patty to desired doneness, topping with one slice of cheese per patty just before pulling from the grill. Toasted buttered buns until golden brown.

To build burgers, spread 1 tablespoon of mayonnaise on the crown of each bun. Spread 2 tablespoons of warm onion jam on the base. Place grilled burger on top of jam and two slices of candied bacon on top of the burger. Finish with the crown of the bun and serve with fries or chips.

Remove from oven and allow to cool before taking bacon off the wire rack. Serve on its own for a delicious snack, or use as a topping for anything from burgers to salads.

Melt butter in a large sauté pan over medium heat. Add onions and sweat until all onions are translucent and they have reduced in volume by about half.

Stir in brown sugar, vinegar, and chipotle cinnamon rub. Cook mixture over medium low heat until onions are caramelized and there is little to no excess liquid in the pan. Remove from heat and cool. Refrigerate until needed. 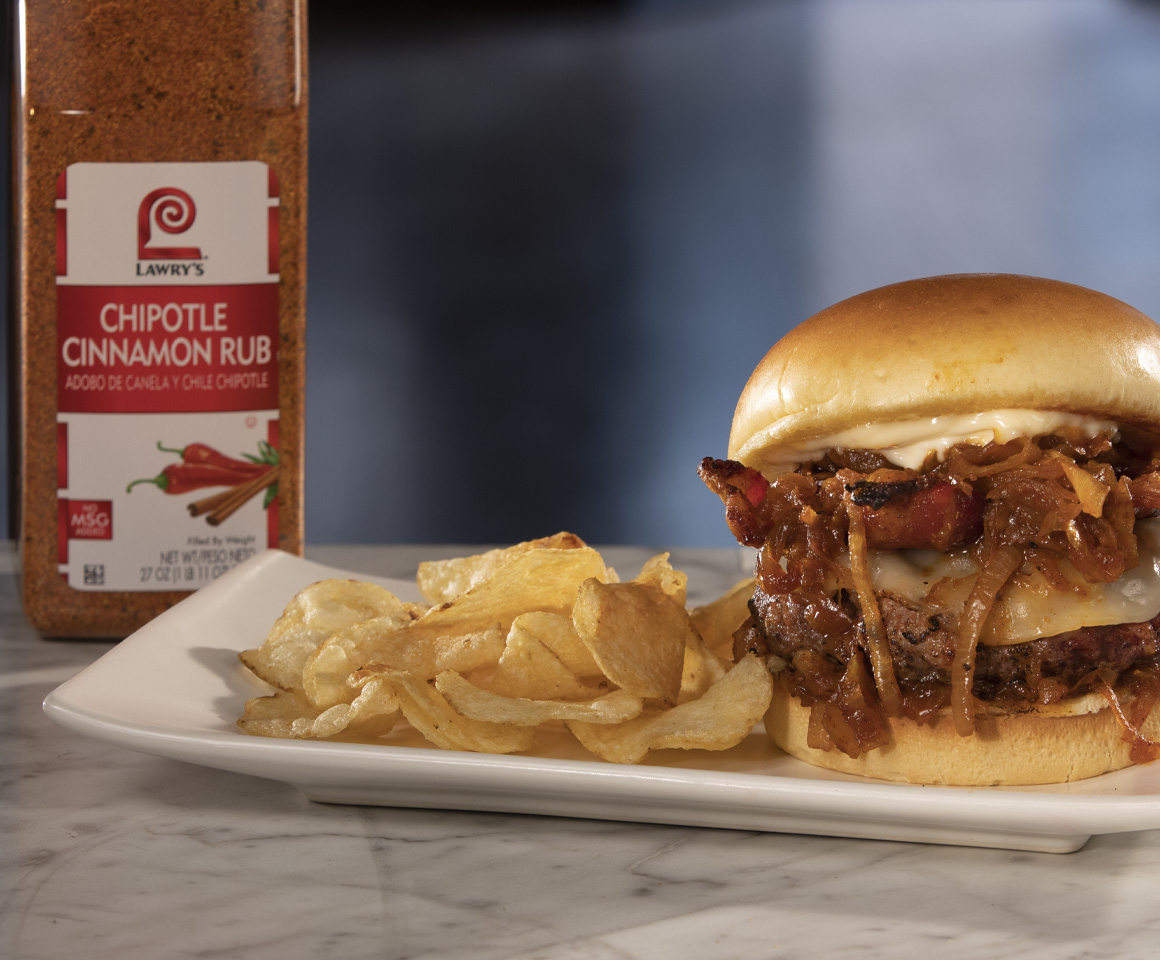